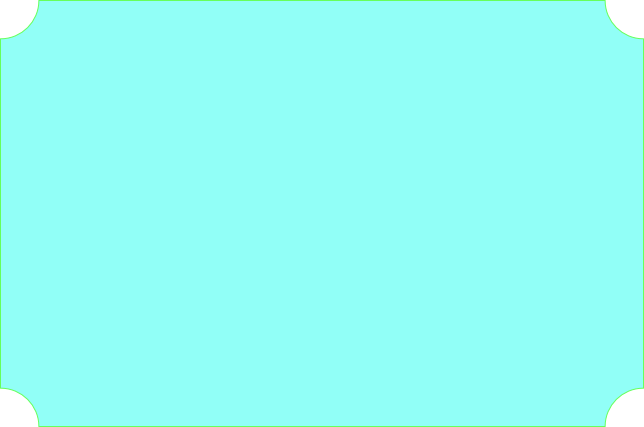 A re-enactment of the Danes Viking Raid on Wich (Droitwich) took place on the first Saturday of the Droitwich Festival.  PROBUS ‘87 members, The Droitwich Art Network and The Droitwich Waterways (Pamela May) Trust took part in the action.

THE PAMELA MAY TRIP BOAT will be a VIKING SHIP taking passengers (Saxon Slaves) from the centre of Vines Park to the ICE ISLAND in the centre of Netherwich Basin and back.
In the year of our Lord 912, the ‘Lady Of The Mercians’, Queen Aethelflaed, eldest daughter of King Alfred of Wessex, was successfully driving the Danes out of Mercia. It is believed that at this time a Viking long boat came up the then navigable River Salwarp and attacked the Town of Wich (Droitwich).

Aethelflaed chased the Vikings away and passengers in the Viking long boat can now see her picture close up on the large mural in Netherwich canal basin and be told on board her story and how her nephew became the first king of all England. 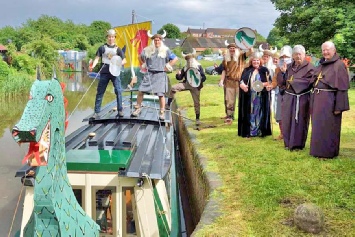 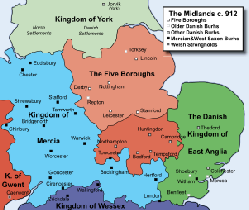 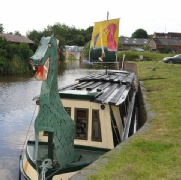 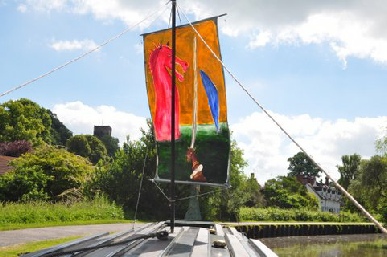 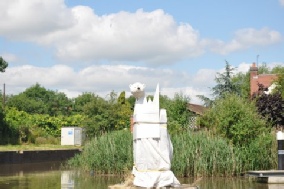 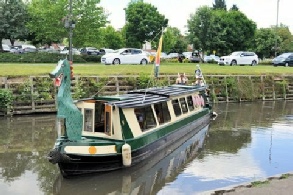 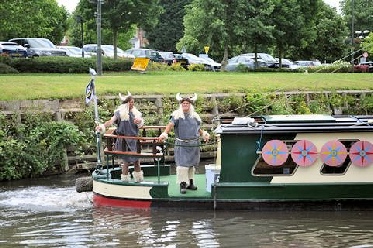 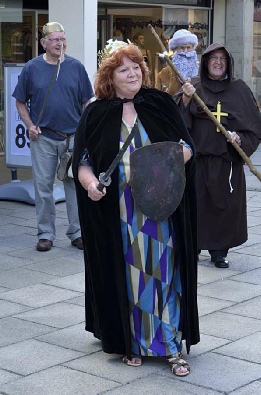 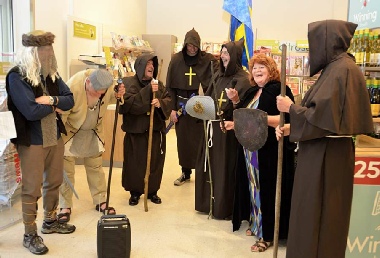 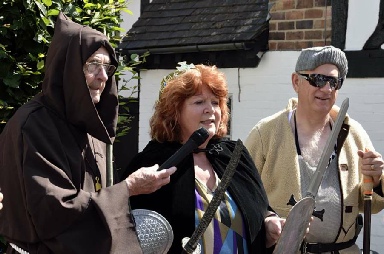 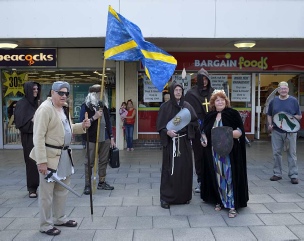 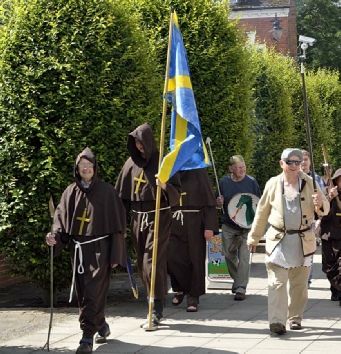 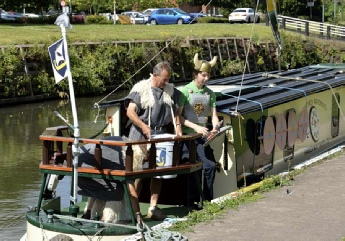 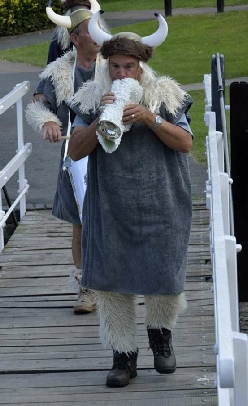 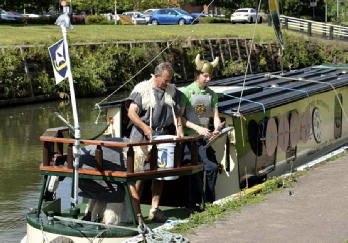 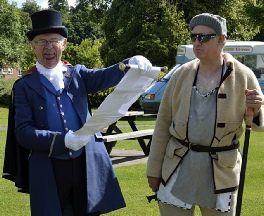 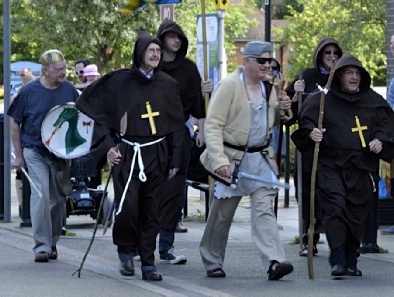 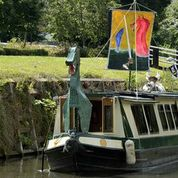 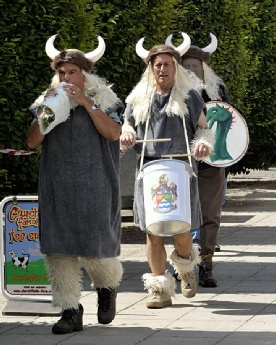 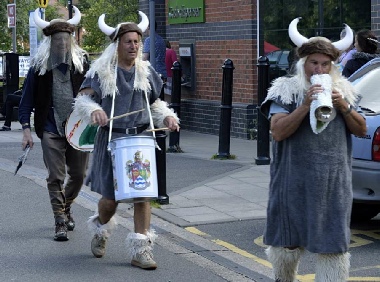 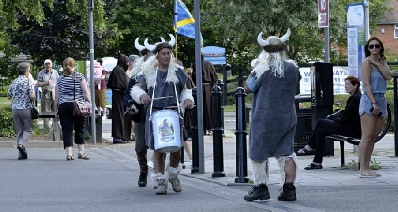 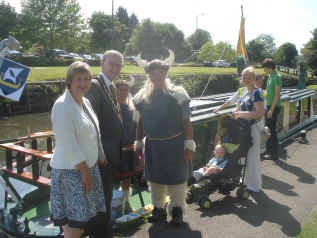 With the Mayor - Bob Brooks

Aethelflaed make her speech in Waitrose

THE PHOTOGRAPHS ABOVE ARE BY :
RHYS JONES, www.photomaestro.co.uk.

It was over a thousand years ago, in the year of our Lord 912, that the ‘Lady Of The Mercians’, Queen Aethelflaed, arrived.  Her army had flocked to her banner, yet again.

It was early in the morning.  The sun was barely raising its limpid head over the horizon.....

'Sons and daughters of Mercia, I thank thee for laying aside your ploughshares, for leaving your homes, to flock to my bosom once more.  My scouts tell me that a Viking longboat with a cargo of Slaves - our chained kinsfolk - is sailing up the River Salwarp as I speak to attack your town of Wich (Droitwich).  (GROWL)  They cannot take our freedom thus.  What must we do?'  (FIGHT, FIGHT)

'Well then, as you have done so many times, for me and my father King Alfred afore me, we will wrap ourselves in glory this day!'  (ROAR)

With eyes gleaming, spear raised aloft she shouted.  'May the thunder of battle, the lightning of your glory, be heard and seen from east to west.  Let ye be the avengers this day, for it is our God-given duty to drive the accursed invader from this cherished land of ours. We shall never surrender - WODEN!' (MIGHTY ROAR)

The mighty roar from hundreds of throats cascaded across to the very banks of the Salwarp!

The Stern Dolphin by Ken Bradshaw